That is how yahoo news describe them. Corporate media has no interest in identifying or interviewing them 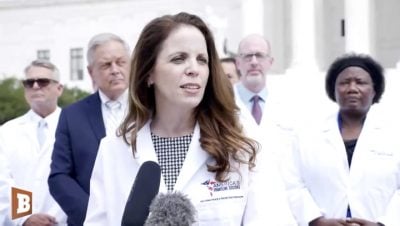 Medical doctors at an event in front of the US Supreme Court are accused of making false statements.

The video of their press conference was removed by Youtube and Facebook. They are accused by CNN of spreading “fake science”

The doctors put forth Hydroxychloroquine (HCQ) as an effective Covid-19 cure.

According to CNN, Hydroxychloroquine (HCQ) is sponsored by “Fake Pharma companies”. What utter nonsense.  The unspoken truth is that the statements of the medical doctors goes against the interests of Big Pharma.

“I’m truly sorry”…  And the report was retracted by The Lancet, which acknowledged that the data was fabricated. The media remained silent on what constitutes “Fake Science”.

The Lancet article was retracted,

Corruption in The Medical Field: US Doctors Threatened Over Hydroxychlorquine Use. Dr. Fauci is Blocking HCQ

via Video: Covid-19 and the Censorship of Medical Doctors. LancetGate and the Suppression of Hydroxychloroquine (HCQ) — Global Research

← Your Body is Their Weapon – We’re all Patients Now
Individual in medical coat: (Dr.) Simone Gold →