Roaming Charges: Nothing But Rednecks for 400 Years, If You Check

Most of my heroes don’t appear on no stamps
Sample a look back, you look and find
Nothing but rednecks for four hundred years, if you check

+ NYPD had a chokehold ban in place (enacted in 1993) when NYPD cops choked Eric Garner to death.

+ Since the murder-by-cops of George Floyd, police across the US have killed at least 94 people, nearly 3 every day for a month (pretty close to the average over the last decade), according to databases maintained by the Washington Post and Killed by Police. Here are there names (if they’ve been identified)…

+ In announcing the indictment of Garrett Rolfe, Atlanta District Attorney Paul Howard said this is the ninth time his office has prosecuted a case against officers related to a homicide. Eight cases were for killing black men and one was for killing a black woman.

+ A day after an Atlanta police officer was indicted on felony murder charges for shooting Rayshard Brooks in the back and then literally dancing on his corpse as other cops watched, the city announced that every Atlanta police officer to receive a one-time, $500 bonus as thanks for their “hard work” during protests and COVID-19…

+ Police in Portland say they are covering their badge numbers because officers are getting doxxed. The department, however, has refused to answer specific questions about the alleged doxxing….

+ In an article disclosing many astounding things about cops in California who shot and killed the half-brother of a black man who was found hanging from a tree by a rope earlier in the week, this is perhaps the most harrowing: “Deputies shot and killed the man. A woman in the car was wounded in the chest and was taken to a hospital with injuries that were not life-threatening. A seven-year-old girl in the car was not hurt, sheriff’s officials said…”

+ How long were you silent, Sen. Klobocop, when you knew what was going on and were in a position to hold violent, law-breaking cops to account and did NOTHING? 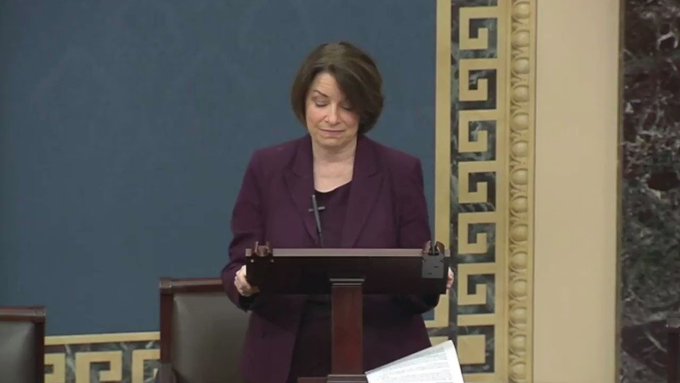 135 people are talking about this

+ Exit Klobocop, shivving Warren on her way out the door…

+ don’t know who in their right mind would want to be VP, but Klobocop’s orchestrated exit is likely a play to secure a more powerful position in the Biden White House (if there is such a thing), such as AG or more chilling the next Supreme.

+ Oklahoma Gov. Pete Ricketts (a member of the odious Ricketts clan, which owns the Chicago Cubs) has informed local officials that if citizens are required to wear masks in public buildings, their governments will not receive any of the $100 million in federal coronavirus aid money…

+ “In Oklahoma, all the experiences that went into the making of the nation have been speeded up. Here, all the American traits have been intensified. The one who can interpret Oklahoma can grasp the meaning of America in the modern world.” —Angie Debo (h/t Russell Cobb)

+ Except, of course, what they willing infect themselves with at the rally, they bring back with them to spread among the people who made “a personal decision” not to go to the rally for that very reason.

+ More from the president’s press secretary: “All children deserve equal opportunity, because we are all made equal by God.” Does this apply even to ANTIFA anchor babies?

+ Speaking of ANTIFA, rightwing media personality Cassandra Fairbanks raised nearly $25,000 to relocate her family after she claimed she was attacked at her home by “ANTIFA” with guns and fireworks earlier this month. But an investigation by Rightwing Watch turned up next to nothing that supports her story.

+ The sight of Aston Villa and Sheffield Union players kneeling before opening match of the Premier League’s restart would have thrilled my grandmother, Freda, a proud native of Sheffield… 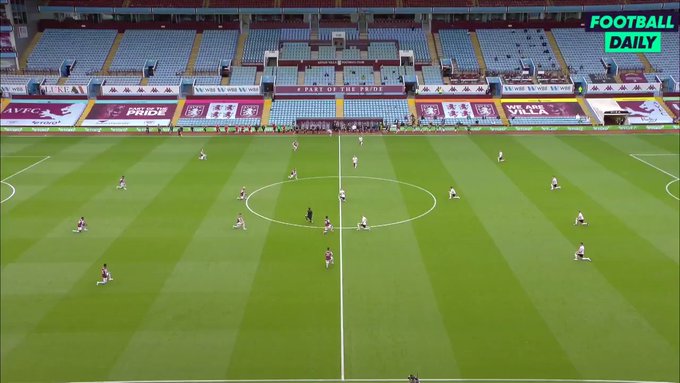 720 people are talking about this

+ Police in Phoenix shot 212 people between 2011 and 2018, killing half of them. Not a single one of those officers was charged with a crime. By comparison Baltimore Police shot 83 people during the same time span, 32 fatally. Phoenix PD is about the same size as the BPD, and Phoenix has much lower crime rate. Officers in Phoenix shot 44 people in 2018 alone. Now, the city wants to add an additional $24 million to the department’s $745 million budget. (h/t to Justin Fenton for stats on Baltimore Police Dept.)

+ Just 20% of arrests during the first few days of protests in Chicago over the killing of George Floyd were for looting-related crimes, new data shows, refuting earlier statements by the Chicago Police Department that “looting” accounted for the majority of arrests that weekend.

+ The city of Chicago spent more than $113 million on police misconduct lawsuits in 2018 alone.

+ A 2019 University of Chicago study found that police unionization increased violent incidents of misconduct by 40%.

+ Average hours of training required to be a police officer:

+ Still it’s not how many hours cops in the US are trained, it’s what they’re trained to do in those hours by veterans of the IDF and the School of the Americas, such as: apply a chokehold, use a taser, deploy pepper spray, swing a truncheon, fire a tear gas canister, shoot “rubber” bullets, profile black drivers/joggers, place a drop gun.

+ Pelosi’s statement is outrageous, but it also reflects precisely who they are. The 1994 Crime Bill was the domestic equivalent of the Iraq War for black and brown America and the Clinton neoliberals (with an assist from Bernie Sanders) pushed it through with fewer regrets than Madeleine Albright expressed for supervising a murderous sanction regime that killed 500,000 Iraqi kids. 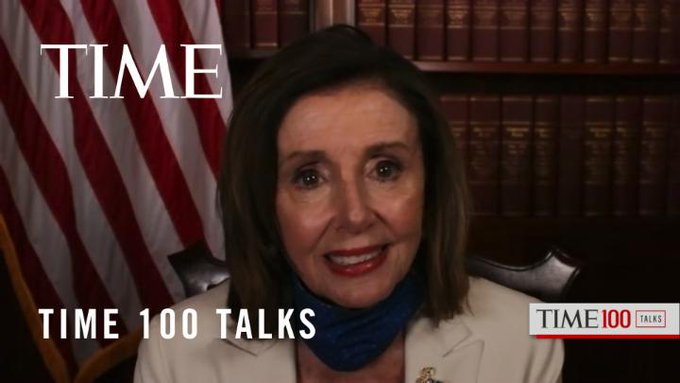 616 people are talking about this

+ The only war you enlisted in, Joe Biden, was the drug war, where as ranking member of the Judiciary Committee you helped draft cocaine sentencing laws penalizing blacks, who used crack, much more harshly than whites (the disparity was 100-1), who used powdered cocaine, even though it is the same drug with the same biochemical effects on the body. You still oppose legalizing pot, which is a leading pretext for police harassment of black and brown youth.

+ In the three years since Governor Andrew Cuomo announced his alleged desire to grant more clemency requests, a group of lawyers reviewed 550 cases for good candidates, submitted more than 120 requests to the governor’s office, and to date Cuomo has granted… 2. Even during a pandemic raging through NY’s jails and prisons. I guess he’s presidential material, after all…(h/t Rachel Barkow).

+  A Quinnipiac University poll asked: “Is being the victim of police brutality something you personally worry about?”

Sen. Cory Booker: “Unless there is a real consequence it’s hard to say that there’s going to be change.” 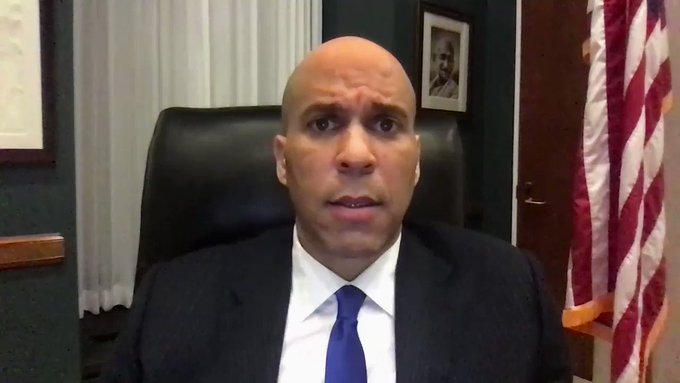 56 people are talking about this

+ James Baldwin: “The American delusion is not only that their brothers all are white but that the whites are all their brothers.”

+ The only Minneapolis officer in more than a decade to have been convicted for killing someone is Mohamed Noor, a black man, who shot Justine Damond, a white woman.

Roaming Charges: Nothing But Rednecks for 400 Years, If You Check