Who Is the Source of Violence in the US? — Global Research

The 1% is the source of violence in the U.S.  Antifa is nothing but a flag which is carried mostly by “secret informants” rather than by a few politically confused Antifa disciples!

The Trump Administration is using this name to suppress the legitimate voices of all in opposition.

For a peaceful society and economic equality, working people and youth must organize in their communities, independent of billionaire parties. To rely on either party will only bring more misery.

The Democratic Party wants us to suffer peacefully and the Republicans make us suffer painfully. 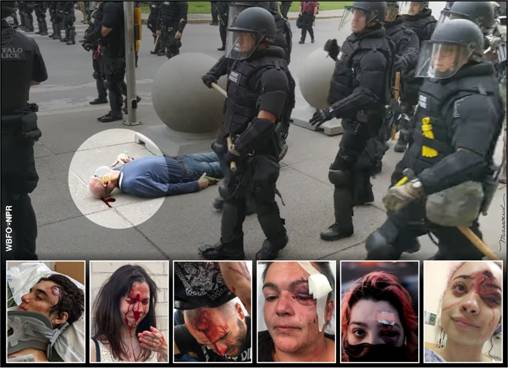 via Who Is the Source of Violence in the US? — Global Research

← We must end the drug war now
No Compromise, No Retreat: Defeat the War Against the African/Black People in the U.S. and Abroad — Global Research →