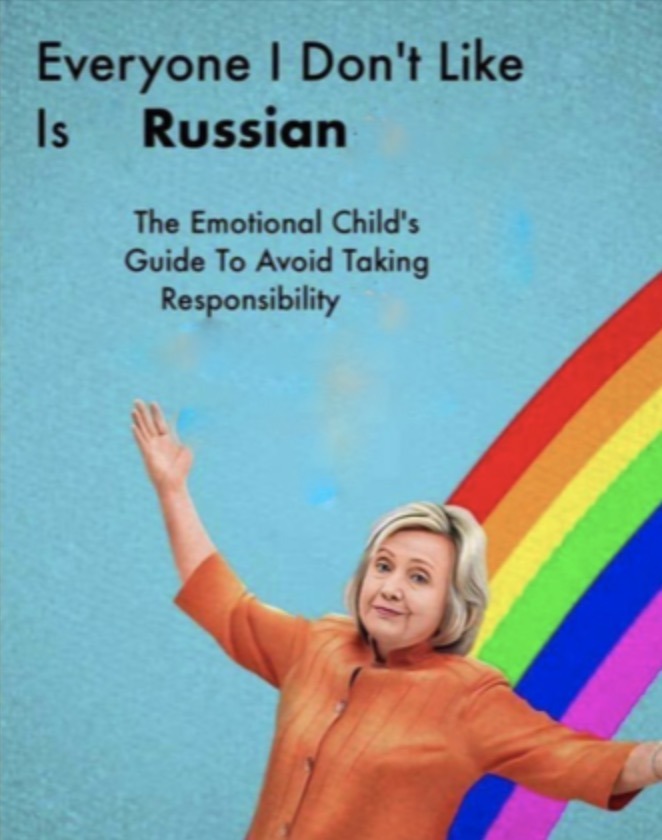 The corporate revolution will collapse if we refuse to buy what they are selling – their ideas, their version of history, their wars, their weapons, their notion of inevitability. – Arundhati Roy Last week, Hillary Clinton called Tulsi Gabbard (and Jill Stein) Russian assets on a podcast.

To conclude, it’s now clear dissent is only permitted so long as it doesn’t become too popular. By polling at 2% in the primary, it appears Gabbard became too popular, but the truth is she’s just a vessel. What’s really got the agents of empire concerned is we may be on the verge of a tipping point within the broader U.S. population regarding regime change wars and empire. This is why debate needs to be shut down and shut down now. A critical mass of citizens openly questioning establishment foreign policy cannot be permitted. Those on the fence need to be bullied and manipulated into thinking dissent is equivalent to being a traitor. The national security state doesn’t want the public to even think about such topics, let alone debate them.

Ultimately, if you give up your capacity for reason, for free-thought and for the courage to say what you think about issues of national significance, you’ve lost everything. This is what these manipulators want you to do. They want you to shut-up, to listen to the “experts” who destroy everything they touch, and to be a compliant subject as opposed to an active, empowered citizen. The answer to such a tactic is to be more bold, more informed and more ethical. They fear truth and empowered individuals more than anything else. Stand up tall and speak your mind. Pandering to bullies never works.

via Agents of Empire — Desultory Heroics

← Maria Butina: “I saw with my own eyes that there is no justice in the US.”
Farewell to John Conyers Jr. – and to His Era →