America Is “One Dollar One Vote”, Not Really “One Person One Vote” 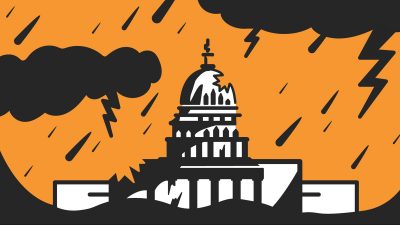 The only comprehensive and scientific study which has ever been done of whether the U.S. is a democracy or instead a dictatorship, was published in 2014. It studied the period during 1981 through 2002, and it found that, “In the United States, our findings indicate, the majority does not rule — at least not in the causal sense of actually determining policy outcomes.”

And this is quoting now directly from the study itself:

“The preferences of the average American appear to have only a minuscule, near-zero, statistically non-significant impact upon public policy.”

A study published two years later (in 2016) reviewed the entire relevant scientific literature and found that “responsiveness [to the American public’s preferences] seems to have declined during the late twentieth century” and might be getting worse yet than that: “The picture appears to be even more ominous — that is, opinion and policy are negatively related — on highly salient issues that attract media attention.” (Consequently: the more media-attention, the less that the Government’s policy will reflect the public’s preferences on the given issue. This is indirect proof that the media which the public are being exposed to are controlled by the aristocracy and thus focus on and propagandize for, whatever the aristocracy most want to fool the public about.) This scientific report stated, in its “Conclusions,” that, “the trends seem to be moving in the wrong direction from the standpoint of democratic theory — that is, people seem less and less likely to get what they say they want from government.” This, if it is true, proves the aristocracy’s success, against the public. It proves that the aristocracy are still in control and therefore are increasingly getting their way, against the public — that America is increasingly an aristocracy (sometimes called instead an “oligarchy” but meaning the same thing: the billionaires rule) and not a democracy.

Jimmy Carter Is Correct: The U.S. Is No Longer a Democracy

The basic problem in America, therefore, isn’t Democratic versus Republican; it is instead democracy versus dictatorship. And this problem exists within each Party: each Party is controlled by its billionaires, not by its voting-public.

The best videos that I’ve seen explaining how, in local politics, the aristocracy controls America, are the following two:

First which is actually a series of three video reports on corruption in Georgia.

Second where Nomi Konst explains N.Y. politics via big-money control — the aristocracy’s control via corruption — against and over the public.

Here is a libertarian arguing for this corrupt control by the aristocracy to continue and to increase:

The best video explaining the study which proved that corruption rules America, is:

To call a country like that a ‘democracy’ is to insult democracy. Any honest libertarian despises democracy. (Dishonest ones try to deceive the public to think that libertarianism supports democracy. But that’s merely adding deception to deception, as if the dishonest ideology isn’t already bad enough.)

Incidentally: If billionaires (and perhaps a few of the centi-millionaires) have almost entirely been controlling the U.S. Government, then they should be almost entirely funding (by their taxes and fees) the U.S. Government. If the rest of the public haven’t had any significant control of the Government, then the rest of the public shouldn’t pay any signficiant percentage of the Government’s costs. And any of the federal debt that has been engendered and accumulated, should likewise be charged proportionately — and not charged, to any sigificant extent, against the public. This would certainly be the democratic solution to the federal debt.

This article is being submitted to all U.S. news-media, and may be freely published by any of them — and will presumably be published by any of them that want the U.S. public to have access to the information and documentation that are provided in it. Of course, any that wish to hide this information and documentation will not publish it, even though they may freely do so — they would rather pay their hirees and selected contributors, instead. Freedom of the press (at least in the United States) means freedom of the owners of the press — it has nothing to do with democracy, which concerns freedom of the public, against any type of dictatorship (including aristocracy or “oligarchy”).

← Psychopathocracy (Pathocracy): “A bureaucratic police state run by political psychopaths”
The revolution will not be subsidized →