Are You Ready to Die? The US Military/ Security Complex Wants Tensions to Increase… 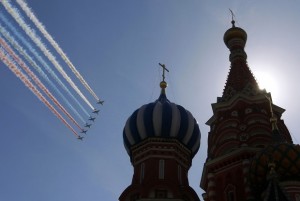 The Zionist Neoconservatives who run US foreign policy are now herding the US out of the remaining arms limitations agreements.  It appears that Washington intends to withdraw from the Open Skies agreement with Russia. See this.

The Open Skies Treaty allowed the US and Russia to overfly each other’s territory in order that there could be mutual assurance that one country or the other wasn’t building up forces for attack.  If Washington withdraws from the treaty, which seems in the cards, tensions and uncertainties between the two major nuclear powers will increase.  In no way is this a good thing.

Are You Ready to Die? The US Military/ Security Complex Wants Tensions to Increase…

← EXPLAIN THIS – Plans to Rebuild WTC-7 Over 1 Year Before It’s Destruction — The Vineyard of the Saker
Oprah, the View and Ellen: Women propaganda assets →