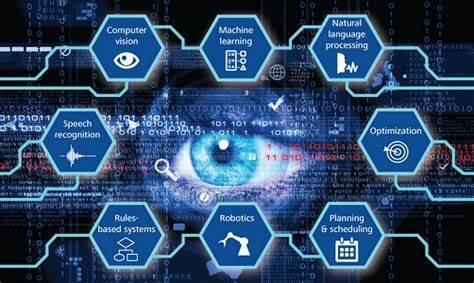 Source – sgtreport.com – “…This system identifies, tracks, targets, and eliminates innocent civilians, whistle-blowers, critics of government policy, etc. who are secretly and extra-judicially classified as “threats”/”adversaries”/”enemies”/”terrorists,” etc. Elite planners expect that by 2030, these A.I. warfare and brain subjugation systems will be fully automated and will combine the above elements with 5G, the Internet of Things (IoT), SmartCities, Smart devices, and the “one-world brain;” the internet” […]

European Human Brain Project, and Pentagon advisor Dr. James Giordano describes neuronanorobotic Brain to computer interface mind control weapons for remote monitoring and manipulation of brains neural circuitry. This allows an individuals consciousness to be cloned onto a their very own digital avatar in a Sentient World Simulation on a supercomputer. A direct link between a targeted individual and their digital avatar exists so that everything done in the real world occurs in the computer simulation. By manipulating the digital avatar in the computer simulation a persons thoughts, beliefs, perceptions, and behavior are manipulated in the real world. This is remote mind control. 21st Century MK ULTRA. This is not a conspiracy theory. This is not a joke. This is the real life matrix.

← Want To Save The Environment? De-Fund The Pentagon. — Caitlin Johnstone
5 Stories the Media Ignored While Dividing the Country With Greta Thunberg — The Free Thought Project →