The psycholigarchs want war with Iran

Trump Has a $259 Million Reason to Bomb Iran — Global Research 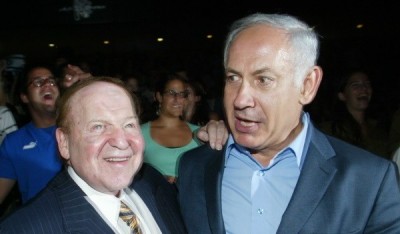 On Thursday, the United States came perilously close to a military confrontation with Iran after it downed a U.S. drone that may or may not have entered the country’s air space. President Donald Trump reportedly ordered a retaliatory military strike …

Much analysis of Trump’s slide toward war with Iran has focused on his hawkish national security adviser, John Bolton, who, reportedly requested options from the Pentagon to deploy as many as 120,000 troops to the Middle East and hit Iran with 500 missiles per day. Bolton is the loudest voice inside the White House pushing for a military escalation to the administration’s “maximum pressure” strategy.

Secretary of State Mike Pompeo, for his part, is staking out the position that the 2001 Authorization for Use of Military Force allows the administration to take military action against Iran without congressional approval, an unusual and broadly criticized interpretation of congressional oversight.

Yet, there’s another omnipresent influence on Trump: $259 million given by some of the GOP’s top supporters to boost his campaign in 2016 and support Republican congressional and senate campaigns in 2016 and 2018.

Those funds  came from Sheldon and Miriam Adelson, Paul Singer and Bernard Marcus, donors who have made no secret, both through public statements and funding think tanks that support military action against Iran, of their desire for the United States to destroy the Islamic Republic.

← 5G: The Final Assault — Waking Times
QOTD: Trump seems to have seen the writing on the wall →