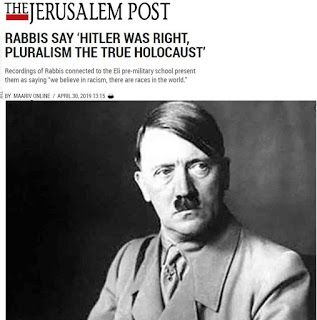 Israeli rabbis at the Bnei David pre-army academy have been caught on video praising Hitler.

Not all Italians are in the Mafia; not all Jews support Hitler. 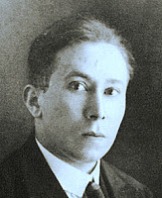 The chief philosopher of the Jewish Nazis is said to be  Leo Strauss, ‘a gay, Jewish fan of Hitler’.

Strauss believed that “those who are fit to rule are those who realize there is no morality and that there is only one natural right – the right of the superior to rule over the inferior.” 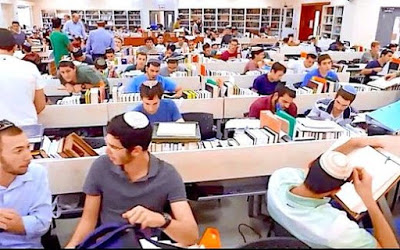 “Jews should be the master-race, and non-Jews the ‘slaves’.” 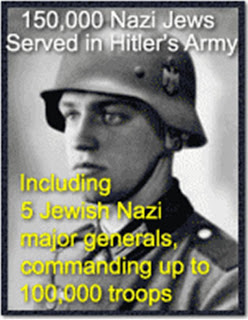 Both the Nazis and the Zionists are told to believe in a Master Race or Chosen People. The rich elite, whether Nazi or Zionist or Communist Chinese or Hindu, tend to favour ‘Authoritarianism’.

In the video, rabbis praise the following:

2. The extermination of certain groups

4. Opposition to the idea of ‘turning the other cheek’. 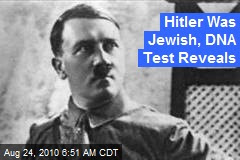 There is a belief that Mein Kampf was written by Hitler’s Jewish lover Emil Maurice.
HITLER’S JEWISH NAZIS – PART 1

There is a belief that Hitler was a pederast, and mentally unstable, and Jewish.

The top German Nazis were ‘Jewish’. 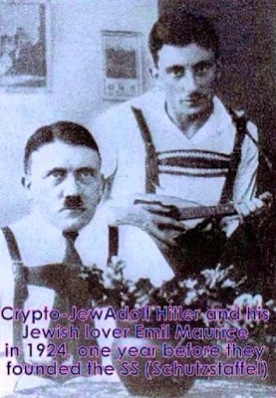 There is a belief that an international cabal started the two world wars, in order to make money, create a Jewish state, strengthen the American Empire and weaken most of the empires of Europe.

← What If? — O Society
Bipolar Disorder: America Magnetized by Despair →