Down with Dictators! Fake Democracy in America — Global Research

January 7, 2019 · by nomad · in Social Control, Totalitarianism · Leave a comment

By Philip A Farruggio 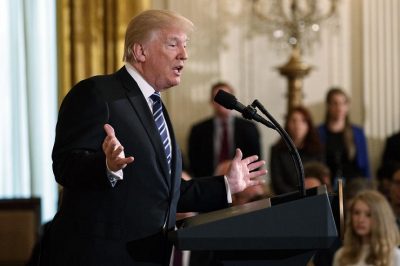 This writer just loves it when our USA mainstream (embedded in empire) media, and of course our Two Party/One Party politicians, rant and rave about dictators. They lash out at the preposterous comical assertions by the leaders of many countries, who win re-elections with 90% to 100% of the vote, that those nations are democracies. Shame on them! Shame on our nation’s corporate and political entities who keep trading (and financially aiding) those countries. These men (not too often women) who are quite honestly dictators, always make sure that there is little or no opposition to them. What cracks this writer up is when (so called) Socialist Bernie Sanders said “Hugo Chavez is just a dead Communist dictator.” Yet, Chavez won election and two re-elections as Venezuela’s president against formidable candidates. The last time being in 2012 when he won 55% to 45%. Is that what our empire’s lemmings would call a dictatorship?

Here’s the skinny on our so called democracy and ‘free elections’ in Amerika. The Fat Cats who are the wizards behind the OZ sure are shrewd. For close to a century they have made sure that their concoction AKA Two Party System stayed intact. Folks, anyone else just could not get through the door. The powerful money behind both of the empire’s parties just keeps on splashing out of the spigot! Any semblance of a third party movement is squashed before it can get legs! Or… one of the two parties (usually today’s Democrats) just co opts the new movement, and places it under its Big Tent.Finally, most elections, for president especially, sees a majority of the voting public (which is usually around 50% of eligible voters… why is that?) not voting for one candidate, but in reality voting against the other! Trump, to this writer’s way of thinking and logic, won because of the powerful backlash against Hillary Clinton. My joke has been that if the Democrats ran Donald Duck against Donald Trump they would have won!

So, bottom line is that we do have a dictatorship right here in good ole Amerika. It is a much more sophisticated one whereupon the suckers (we who actually vote) get to choose from as Ralph Nader labeled it: Twiddle Dum and Twiddle Dee! The Two Party/One Party con job will differ on certain issues like abortion, gay rights, Medicaid funding… gee I’m having difficulty finding more key issues… but never on what really matters to our survival as a republic: obscene military spending, overseas wars and occupations, Big Banks controlling everything, Amerikan corporations running roughshod on workers at home and abroad… and the piece de resistance: The notion that this corporate capitalist ‘free enterprise’ system really works for all. Mr. Trump may think of himself as a semi- dictator, but he is not! The powerful forces who even allowed someone with his ‘closet filled with skeletons’ to achieve our highest office, they call the shots. The last time someone stood up to them, or thought he surely had the ‘will of the masses’ behind him, wound up in a deadly ‘triangular crossfire’ in Dallas Texas.

via Down with Dictators! Fake Democracy in America — Global Research