Since its inception, The Vigilant Citizen has sought to provide the keys necessary to understand the true meaning of the symbols that surround us. While mass media and the Powers That Be use endless words to lull the masses into accepting a world of deceit, symbolism reveals the raw truth about who they are and what they’re about.

To celebrate The Vigilant Citizen’s decade of existence, here’s the Top 10 VC articles ever published (in no particular order). 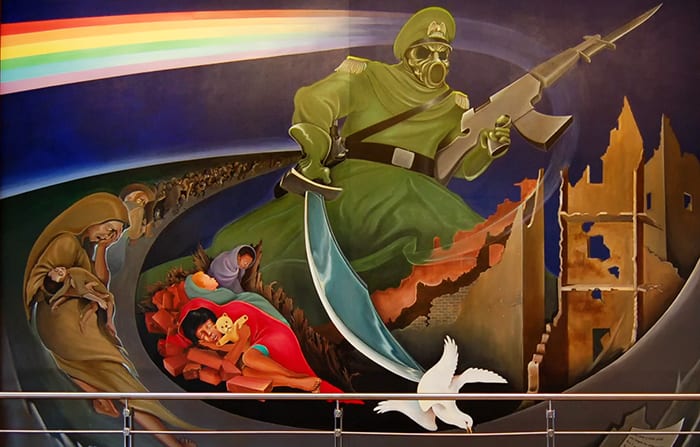 Sinister Sites: The Denver International Airport is the first article ever published on this site. I don’t remember exactly how, in 2008, I ended up looking at pictures of the DIA, but I do remember being haunted for days by the mural of a gas-masked military figure stabbing a dove as crying mothers held dead babies. I even lost sleep thinking about it. What does it mean? Why does emanate such an “evil energy”? Why is it inside an public international airport?

So I began researching the airport’s history and the works of art it had on display. The information I found was mind-blowing. Unable to contain my astonishment, I immediately felt the need to share my findings with other people. So I wrote an article about it and The Vigilant Citizen was born.

Contrary to most articles about the controversies at DIA found online at the time, I wanted the article to focus on facts, pictures, and references – not fear, panic, and rambling. For this reason, this article was (and still is) often used as an introduction to the “DIA Conspiracy”.