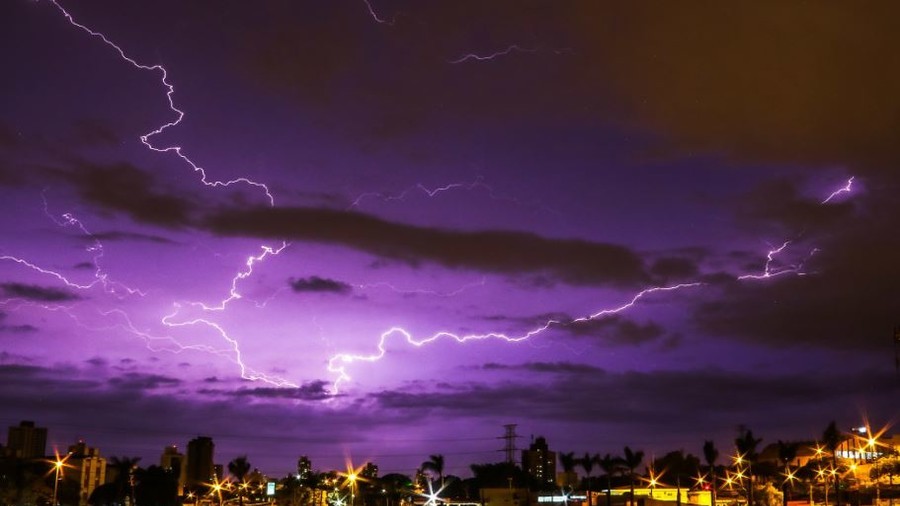 FILE PHOTO. © Global Look Press/Fotoarena
An Ohio motorist has filmed the night sky appearing to glow a magnificent electric purple over the city of Cleveland. The bizarre celestial light has left many struggling to explain the strange phenomenon.

Captured by Youtube user Jbreez216 as he was driving around Cleveland, the footage depicts a strange hue above the city. Completely freaked out by what he is seeing, the eyewitness puts his camera out the window of his moving vehicle to prove it’s not a trick reflection on the windscreen.

“Look at the sky, why is it purple like that?” the motorist says in the video. “That’s crazy. I thought it was my [window] tint for a second but… that’s out the window. That’s crazy.”

Filmed on October 13, after Hurricane Michael struck the state, it’s almost certain the bizarre light was caused by the weather. However, a definitive reason has yet to be settled on by shocked viewers, and many theories are circulating online. Some claimed that the strange coloring was a result of peculiar happenings in space or even a portent of a biblical, end-of-days event.

“Wow, that is crazy. Thanks for sharing,” one commenter said. Another added: “That looks so cool… damn.” A third person asked whether the whole city was freaking out about the phenomenon. “Were there people running everywhere? Party over… seriously though, amazing and bizarre. Very strange,” they said. 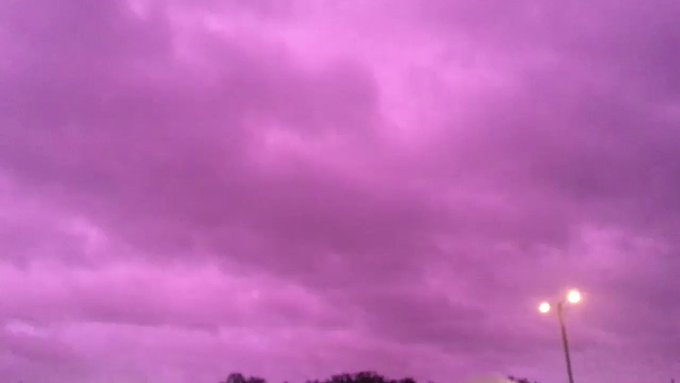 However the actual scientific reason for the coloring is much more mundane. It has been put down to a thing called “scattering,” where often violet or blue light of the setting sun becomes the dominant light in the sky.

“Molecules and small particles in the atmosphere change the direction of light rays, causing them to scatter,” a University of Wisconsin spokesperson told Cleveland 19 News.

“Scattering affects the color of light coming from the sky, but the details (the colors) are determined by the wavelength of the light and the size of the particle.”

Ed: “Scattering” is a little different nowadays. With chemtrails permeating the atmosphere.