I’m with Trump on this

Fuck the phony Left-Right Controlled Opposition of the Deep State 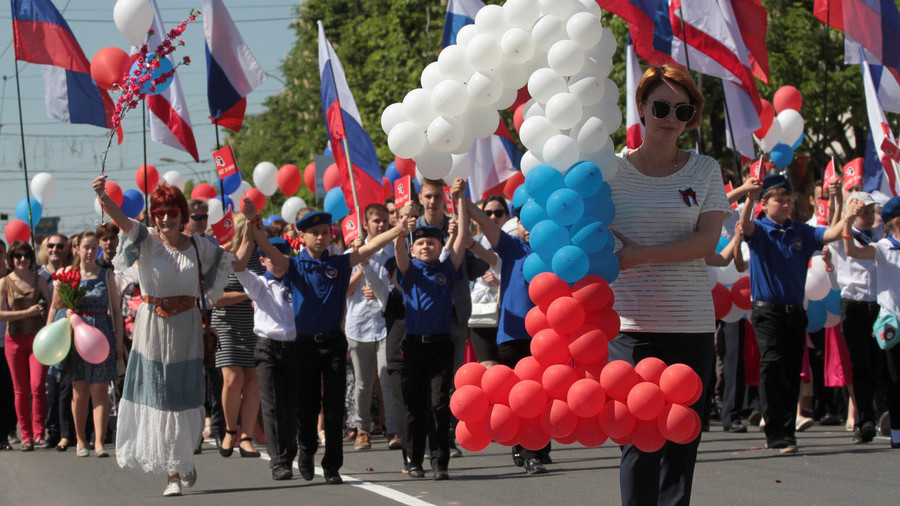 ‘Crimea is Russian because everyone there speaks Russian,’ Trump reportedly tells G7 leaders

Get short URL
President Donald Trump seems to have demonstrated his trademark nuanced understanding of foreign politics when he reportedly told G7 leaders that “Crimea is Russian because everyone who lives there speaks Russian.”

According to Buzzfeed’s usual anonymous sources, Trump made his remark after wading into a discussion on foreign affairs during a dinner at the G7 summit in Quebec, Canada last Friday.

If true, Trump’s statement will likely have ‘Russiagate’ fans and the #resistance screeching. Russia’s 2014 reunification with Crimea, whose population is almost 60 percent ethnic Russian, is widely viewed in the West as an annexation, despite the fact that Crimeans voted overwhelmingly to join Russia.

During the dinner, Trump reportedly questioned why the other G7 leaders were siding with Ukraine, telling them:“Ukraine is one of the most corrupt countries in the world.”

The snarky masses in the comments section under Buzzfeed’s article immediately leapt on Trump.

“Trump laying the groundwork to sell the US back to England since so many of us speak English. It’s call the Art of the Deal sweetie lewk it up,” read one comment from Jer Bear.

“USA is England, Austria is Germany, it easy. But Canada is England or France? And what about Switzerland??? It is France or Germany?” said a sarcastic Uladzislau Ulasenka.

To the conservative-leaning National Review’s Jay Nordlinger, Trump’s comment could have came direct from this very news agency.

I have read what Trump said at the G-7 about Russia, Crimea, etc. I have read it but can hardly believe it. This is the U.S. president? Why is he talking like an RT host? Just when you think things might be slightly normal — you’re jolted back into reality. A head-spinning time.

Trump has repeatedly called during the summit for Russia’s readmission to the group of seven. “This used to be the G8, not the G7,” Trump said. “Something happened a while ago where Russia is no longer in.”

The position of European leaders, however, is clear. Russia will not be readmitted to the club after its ‘invasion’ of Ukraine. On that point, “the ball is in Russia’s court,” French President Emmanuel Macron tweeted.

After a tense summit marred by trade arguments, Trump and the other leaders signed a communique affirming their shared commitment to free and open trade. Trump later withdrew his signature, after Canadian Prime Minister Justin Trudeau chose to wait until Trump departed the meeting before announcing retaliatory tariffs on American goods.

← The culture of cruelty
Chaos in the Imperial Big House →