I caught a glimpse this morning at dawn. Some pink streaks out my north facing bedroom window. I had no idea. Maybe they’ve been doing a lot of spraying since then, or maybe the sky was already full of chemtrails at the time and I was just seeing the tip of the iceberg through my window. But now! The sky is completely covered, except for the far east horizon, with a film of spreading chemtrails; dozens of them in various stages of dispersion. This is a big city, but there is no way in the world that we have this much high altitude air traffic, even if the supposedly rare condition for producing lingering contrails did exist. And these planes are not converging here for landing at the nearby municipal airport either. They’d be flying at a much lower altitude. 9:00 AM.

I only caught a brief snippet of the weather report yesterday. I had wanted to hear what the weatherman was saying about the blanket of artificial clouds over the city. It was evening before I heard the snippet. He said that the temperature had not reached the 70s as had been predicted but only climbed to the low 60s due to the (apparently unpredicted) cloud cover. This indicates that these clouds were a surprise and hence did not emerge from normal meteorological processes. They were produced by the unexpected swarm of smoking planes that I saw yesterday morning. The fact that the weatherman didn’t predict them is an indication that they were artificially produced. It’s also an indication that these clouds can in fact lower the normal expected temperature, in this case by about  10 degrees.

5:30 PM. Today the sky was mostly clear, which in this case means pale blue. I have seen no signs of active chemtrails. Now, if you buy the idea that the lines in the sky are lingering contrails then there is a lot less air traffic today than there was yesterday. OR! The atmospheric condition has radically changed to one that is now not conducive to producing lingering contrails. But of course, that would be sophistry. There appear to be remnants of yesterday’s spraying wafting around overhead in the form of long gossamer streaks  and of powdery swirling tufts here and there. Temps back to normal, BTW. About 70 for the high, sans artificial cloud clover.

Natural looking cloud cover this morning; a soft blanket of perforated cumulus clouds covering most of the sky. They don’t have that glazed translucent look that characterizes artificially manufactured clouds. I have seen no active chemtrails. But, as I always say, the fact that these cumulus clouds are ragged around the edges indicate that they are floating in ambient aerosols; the aftermath, probably, of the heavy spraying two days ago. 12:30 PM.

How quickly things change! At 2:00 PM, the cloud cover is gone. Either migrated out or completely dissolved by the ambient aerosols. The sky is a hazy pale blue. About number three on this scale. 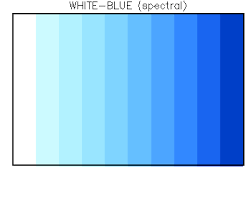 ← LAND OF THE FREE – 1 IN 3 AMERICANS ARE ON FILE WITH THE FBI IN THE U.S. POLICE STATE
CNN kicked out of Ferguson for lying →