QOTD: The torpid moral character of the American left

[K]illing regimes can only sustain themselves if they are indulged by a nation’s elites: its press, its intellectuals, its political movements. And here we must confront the torpid moral character of the American left, which has been flaccid in the face of the drone killings, insensate to the mangled bodies, suffering and fragmented lives on the far side of the world. 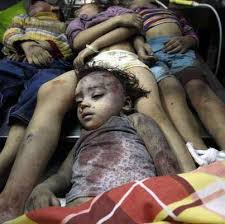 ← When Conspiracy is ‘the Norm’
THE TAMING OF DELUDED ‘CONSPIRACY THEORISTS’ →